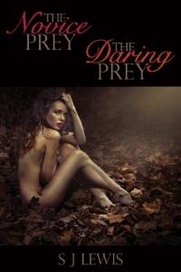 The Novice Prey & The Daring Prey 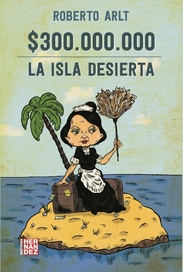 The Novice Prey: Alexa Marx is invited to participate in a very special kind of competition at the equallt special resort of Gordburg. She and three other women will be released into the wilds where they will be hunted by men. The last woman captured will have bragging rights. This isn't quite enough, so the contestants all post a substantial side bet that the last of them captured will win, but only if she meets an additional condition and endures the rough sexual captivity inflicted by the successful hunters. Alexa has competed in athletic events before, but she's a personal trainer, not a professional athlete. The three other women are all professional athletes, and very good in their respective fields. While they let Alexa hang out at their social gatherings, many of them treat her shabbily She joins in this competition with a burning desire to finally beat them at something. Through preparation, determination, and maybe a little bit of help from one of the male hunters, she manages to be the last female captured. But can she endure her captivity long enough to win that bet?The Daring Prey: Alexa returns to Gordburg on her own hook. During her captivity the previous year, she learned that she had evaded capture longer than any other female at Gordburg, save for one, the nearmythical ElfGirl. But there's an asterisk attached to ElfGirl's record, a discrepancy between her 'official' capture, which Alexa did not beat, and her 'unofficial' record, which she did beat. Alexa's stated reason for returning to Gordburg is to beat that 'official' record and establish herself as the new Number One. She sets about doing that with as much determination as before, but also does everything she can to get herself noticed and establish her own unique reputation. While she's intent on establishing a new record, free of asterisks, she's also looking forward to being captured and forced to endure all the rough treatment and raw sex she knows will await her once she's taken. She discovers that making herself so highly visible also made her a target for many hunters, which puts the record she's shooting for in serious jeopardy. It doesn't help at all that one of the women she beat out last year hears about Alexa's intentions and comes back to Gordburg herself in order to foil them.