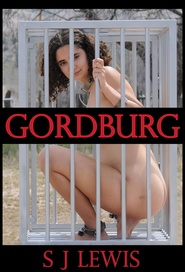 SJ Lewis, famed author of The Prey series has listened to his fans and written a sensational story with more intricate details about Gordburg and how the sexiest vacation spot on the planet works.Â Six months ago, the tall and stunning Elizabeth Anne Krueger was simply Ron Smith's latest assignment. As one of the Organization's very best hunters and trainers, his job was to find a way to capture her, bring her in, and then make her dark fantasies come to life through strict training and constant sexual domination. Somewhere along the way, though, she went from being simply a female to him to being the female, his female, and rather than give her up when her time was over, he told his employers that he would quit so that he could spend the rest of his life with her. Rather than lose one of their very best operatives, the Organization puts his resignation on hold and offers to send him and Elizabeth on an allexpensespaid vacation to the unique and kinky resort town of Gordburg. They accept. Neither had ever been there, and the setting offers both of them an opportunity to act out their fantasies in comfort and style. As they explore their desires and those fantasies, Ron suspects that his former employers will make every effort to get him to come back to work for them, but he makes it clear that he is devoted to his lovely female. As time goes by, however, he begins to realize that the Organization is interested in far more than simply getting him to come back to work for them.