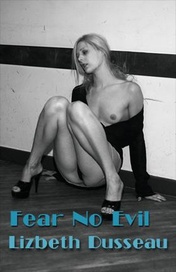 Every year at the summer solstice, Priss, Lydia and Jack celebrate their joint birthday. This year, they turn eighteen and Lydia and Jack are about to leave for college. It's the only time they'll have to usher the virgin Priss into womanhood. One minute they are laughing and drinking beer in the old boathouse, the next, the two are on her, passionately making love. In one decisive moment, they change Priss's life forever. Her best friends now become her dominant lovers, and each time they come home from school, they take the deeply submissive Priss into the heart of her naturally acquiescent desires. While being spanked, bound, andÂ used for their sexual pleasure, Priss finds the sexual ecstasy she craves. Each time she surrenders to their kinky demands, her love for Jack and Lydia grows. However, the trio's once idyllic life in a small Lake Michigan resort town is rapidly coming to an end. The world around them is crumbling, with the wars and natural disasters of the first quarter of the 21st century, sending Lydia and Jack into government service halfway around the globe. Unable to guarantee that they'll come back, they make Priss promise that she won't wait for their return. But while they write her letters filled with tales of sordid love affairs, Priss sits at home, lost and lonely without them. Her life takes an even darker turn when her ruthless boss at a munitions plant sets his sights on her.Â Priss has nowhere to turn, until a sparring relationship with the sexy drifter Dalton suddenly explodes in a night of hot sex and hot romance. He too seems to understand the kind of kinky turnon Priss lusts for, and their hard hot sessions leave her breathless and wanting more. But like life itself, nothing in Priss's world is certain. Will the mysterious Dalton be there when she needs him most? Will Jack and Lydia return to claim her? And can Priss handle the powerful forces that drive her surrender to those who would use her as their personal plaything?