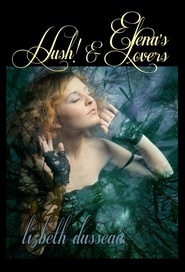 Elena's Lovers This unusual novel will take you into a world where the line between illusion and reality are blurred, and the path to sexual and emotional fulfillment requires a detour down the dark road of the human psyche. Suspend reason for a while, and let "Elena's Lovers" take you on this sensuous and startling journey. On a beach in Spain, in the Arizona desert, and a busy street in San Francisco, Elena meets the most remarkable men of her life. They spirit her away into mystical and sometimes dangerous realms, teach her truths about herself she never imagined, and bring her breathless sexual ecstasy, only to disappear without a trace. Were they real at all, or just her imagination playing tricks with her sanity? Lyrically written, with a sumptuous feast of provocative sexual interludes, this captivating story will leave you mystified as you journey with Elena and her lovers into this altered world. Hush! He quickens her heart, awakens her passion, and drives her dfeep into the enigma of his mysterious past. Photojournalist, Dana Padget, enters the lush world of Lucien Broussard unsuspecting of his charms and his power to woo her. Engaging her in a gentle but thorough seduction, he fulfills a sexual need in her she long ago dismissed. Even as the romantic passion builds, Dana knows there's danger lurking beneath the surface of the tempestuous affair in the secrets of Lucien's perplexing house and in the ghost of his murdered wife, Ariel, who haunts its corridors night and day. In a war of reality versus the supernatual, Dana questions her own sanity, as her love for the enchanting Lucien becomes something that she knows she cannot live without. This romantic novel is brimming with suspense, sumptuous sexual escapades, and a romance that blooms out of nightmares, and fantasy and curious mystical twists.