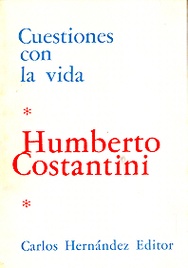 We, four suburban 40-somethings, had all but ignored live music proper live music for 20 years. The Banshees, Buzzcocks, and The Smiths happened so long ago that they might have been in a different life. Live music now was a mum from Doncaster pretending to be the blonde one from Abba, and we needed help. Thankfully, it came when our children found indie rock, and demanded to see it up close. A night at Wembley with The Killers kick-started a five-year odyssey of 70 nights, 100 bands, and all of this: Superheroes in spandex, Viking Metallers in a strip club, cross-dressing sax players, foam parties, demented babysitters, homicidal ticket touts, terrifying body art, the worlds laziest roadie, and some dad dancing. Weve met an 80s legend playing drums in a punk cover band and have been stalked by a masked man in a gay nightclub. Weve been derailed by the Pope, and insulted by a singer who then bought us all a drink, and briefly had a rock stars arse in our hands. Well, in my hands. Fleeting it may have been, but he hasnt called! Or even sent a text. "Never Mind the Botox" is a journey of mild, middle-aged rebellion. Once or twice a month, we try not to stand out in a crowd 30 years younger. Sometimes the children keep us company, other times we leave them at home. And so what if we cant hear the next morning. Old people need rock n roll, too.